Players will be competing for the Qualifying Spots into the Notah Begay III Boys Jr Golf National Championship! 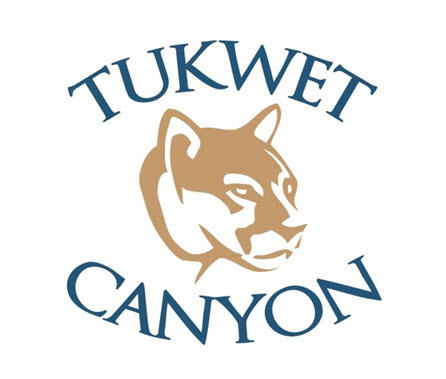 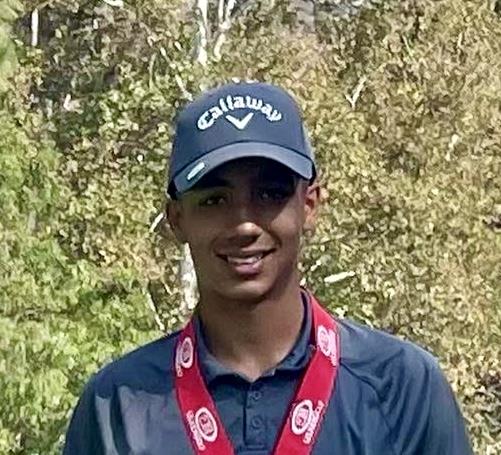 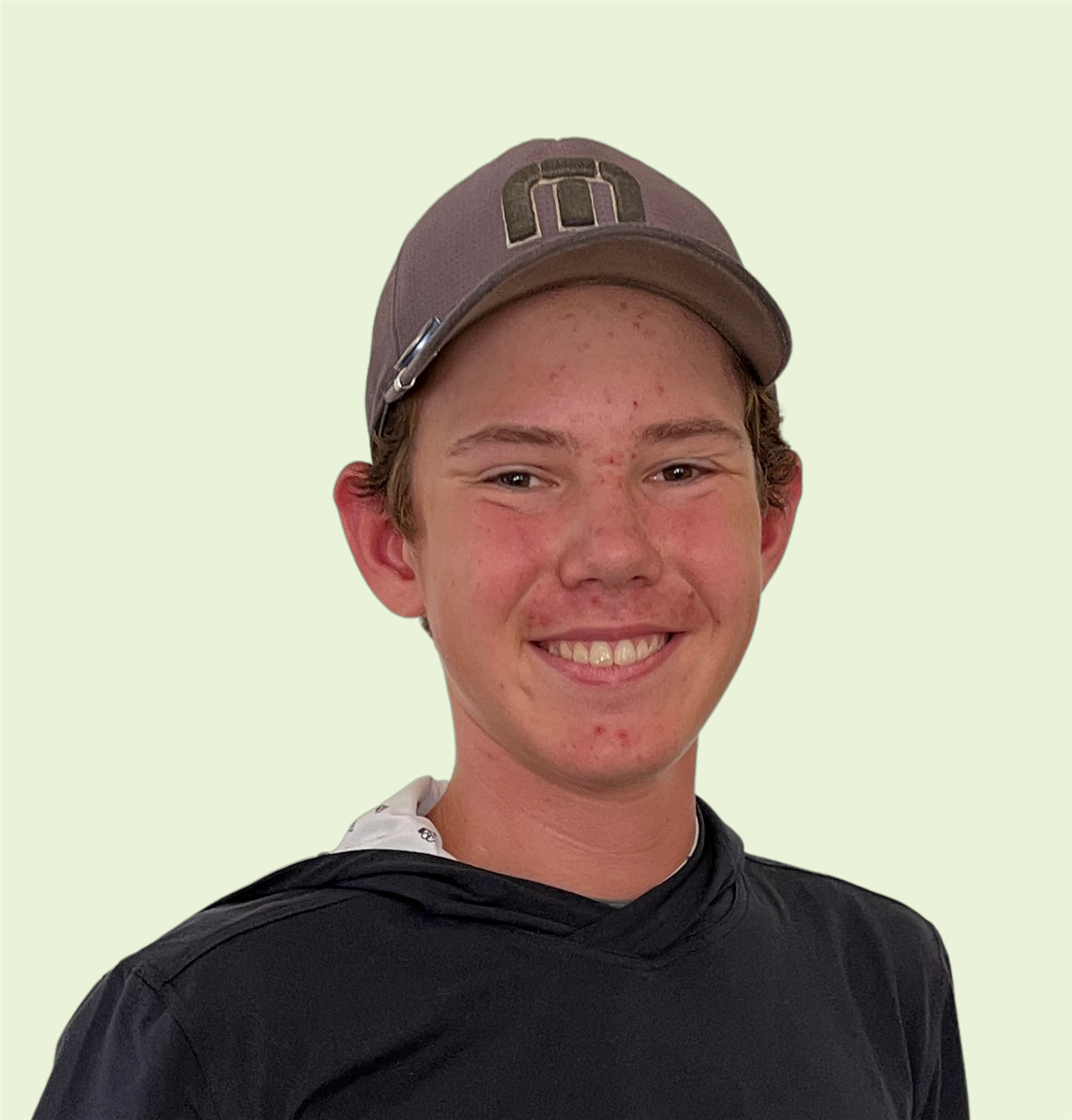 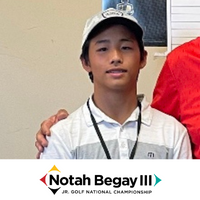 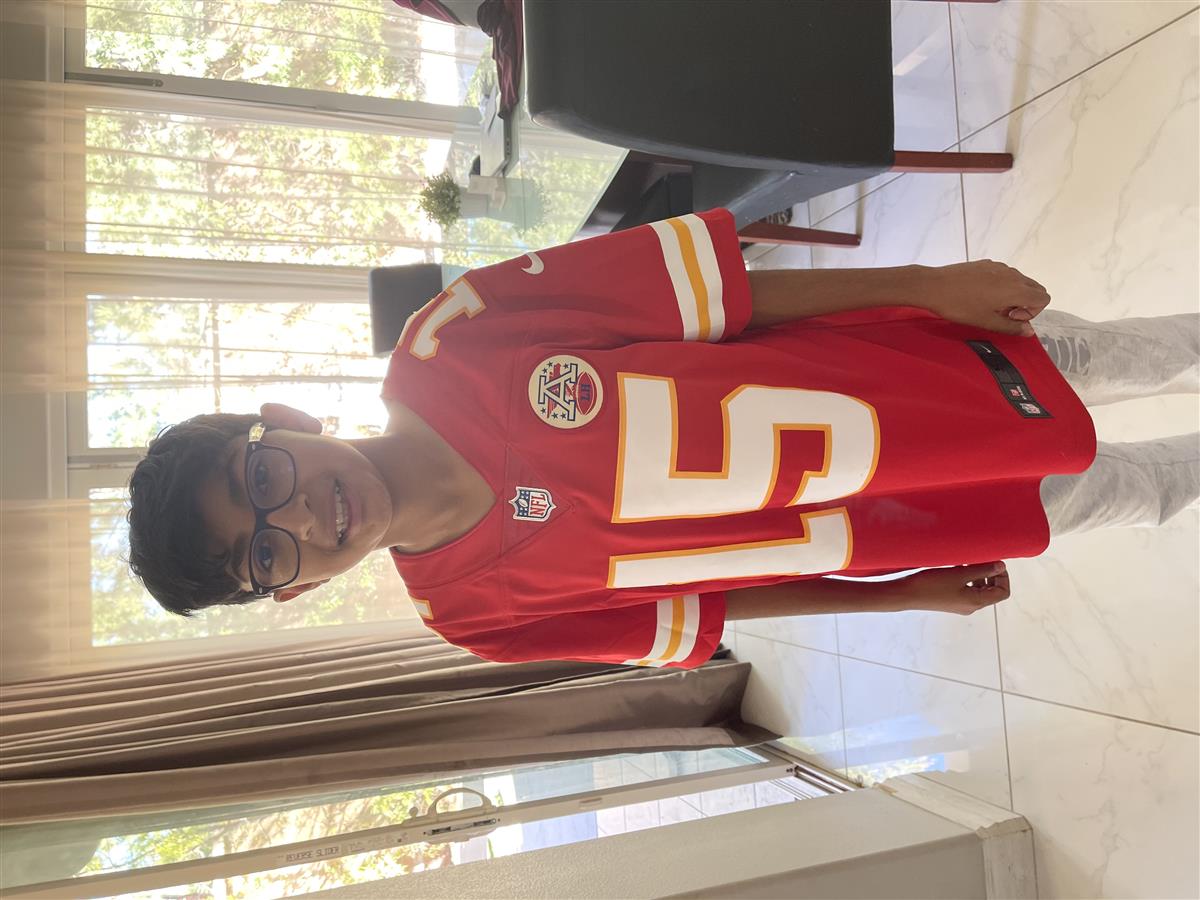 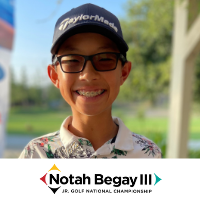 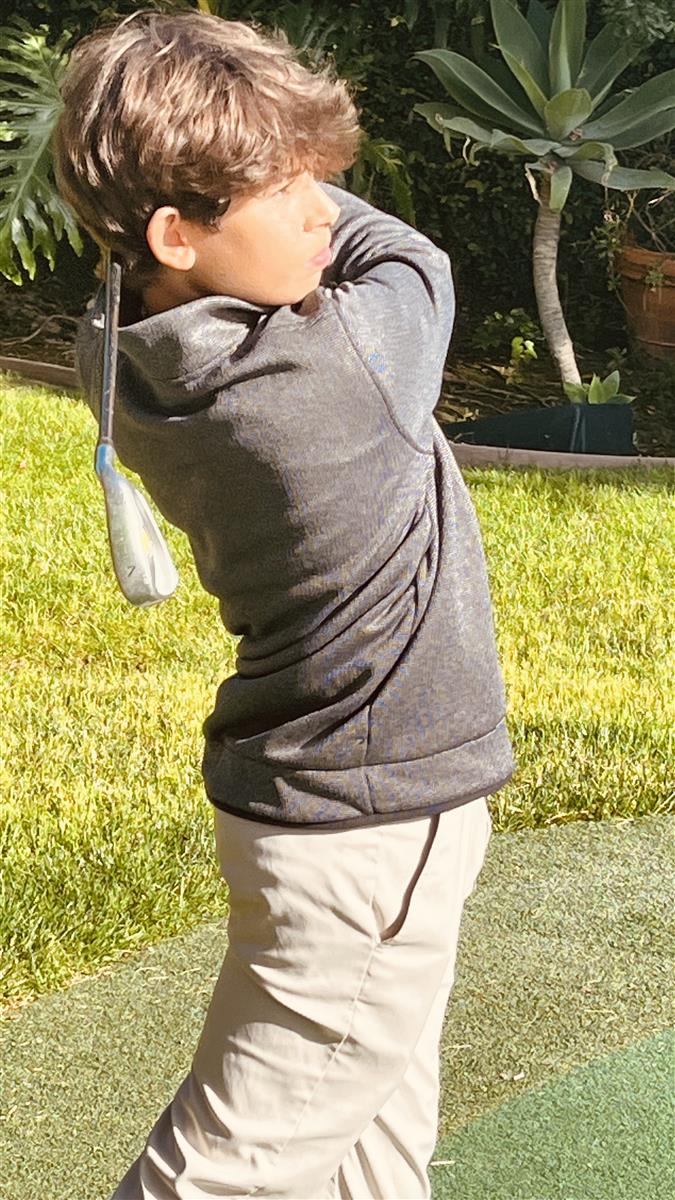 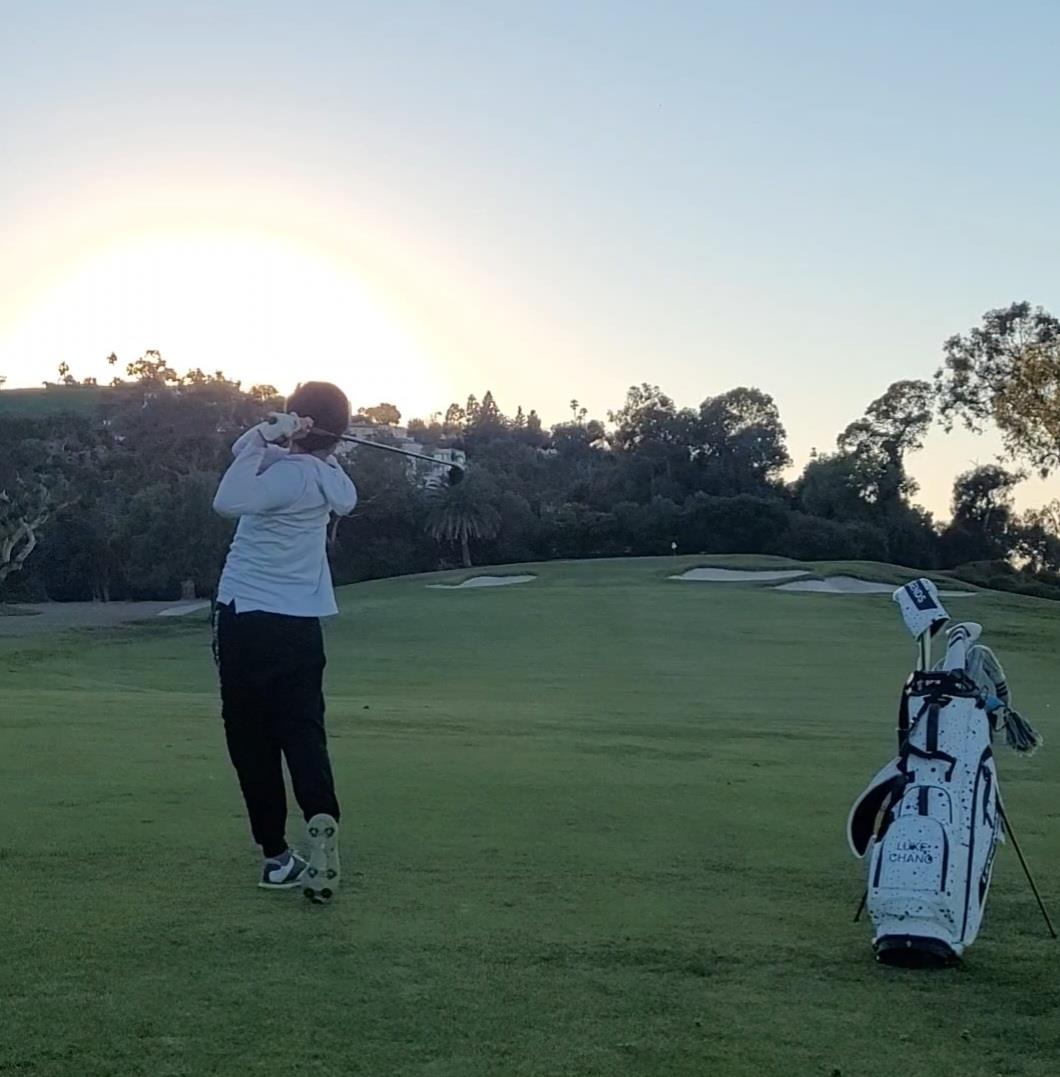 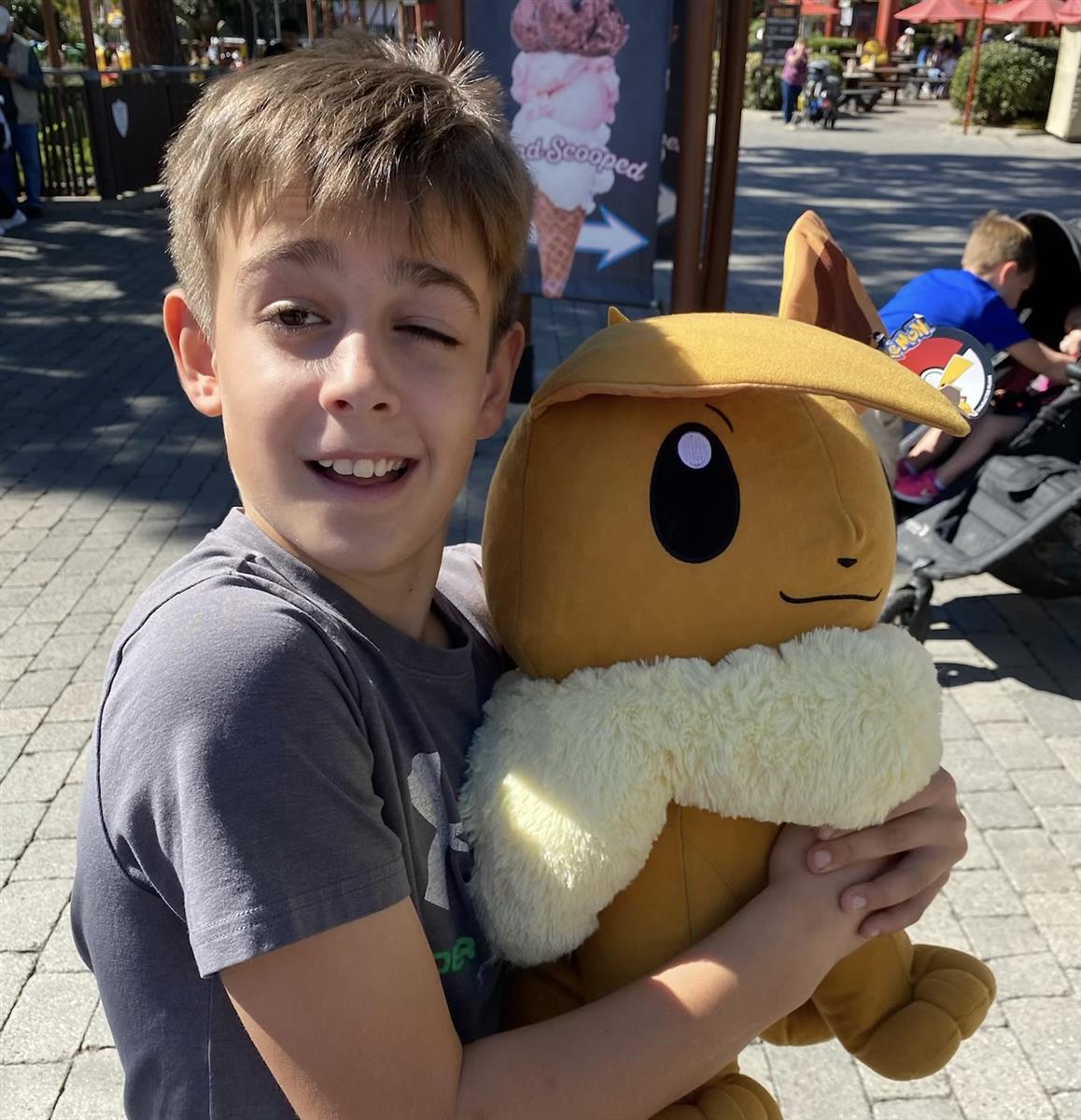 Braymon Franko Ashland, OR Class of 2030 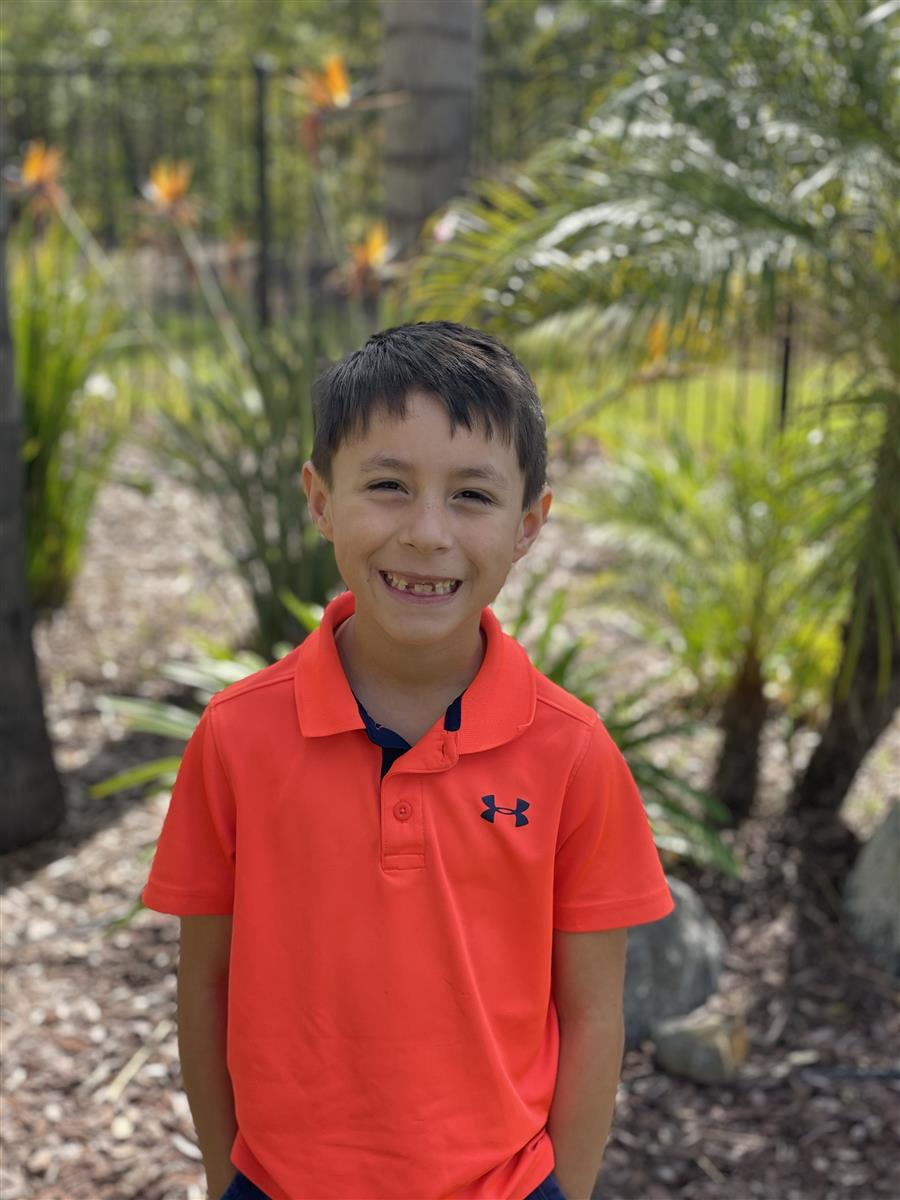 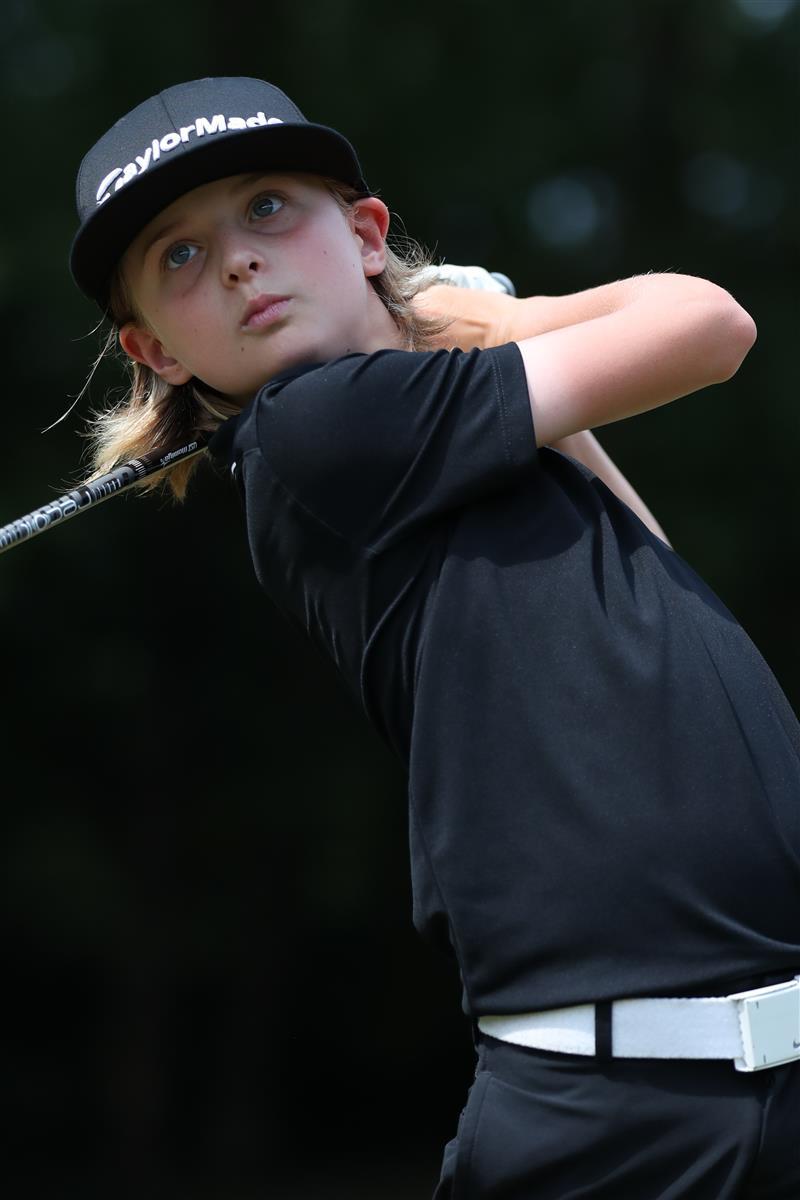 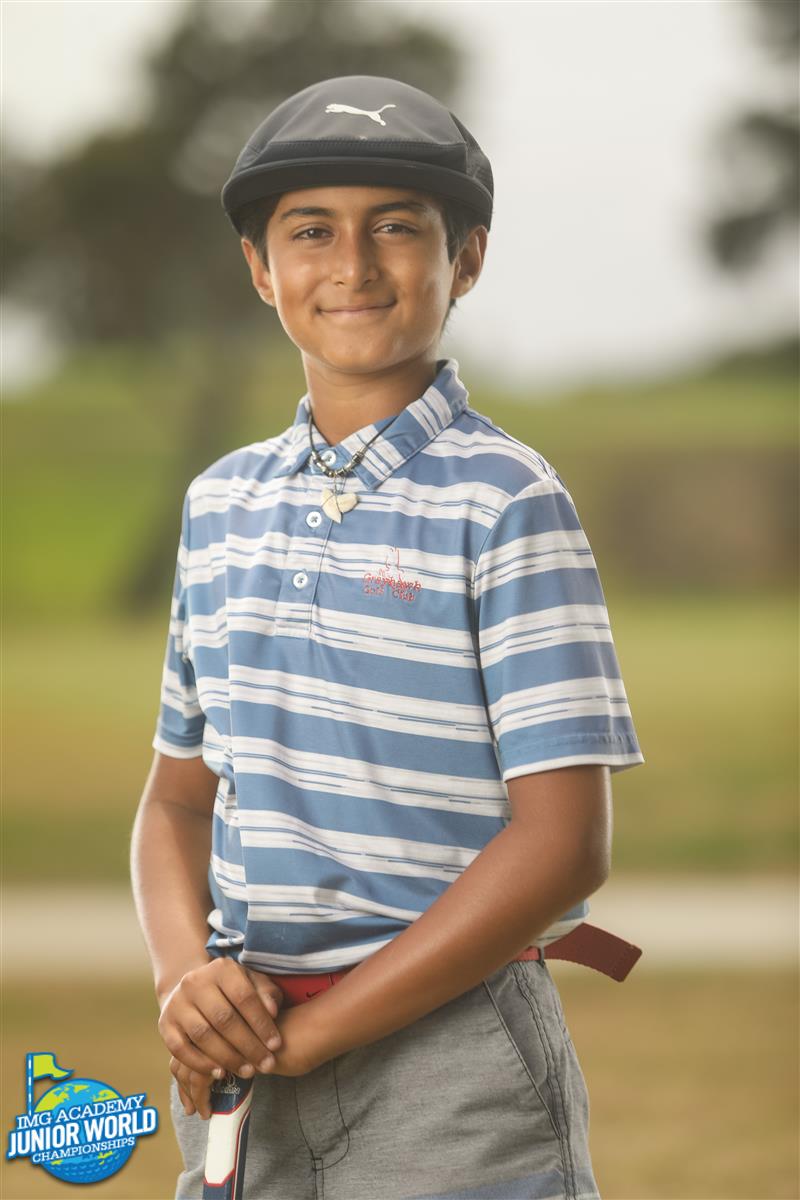 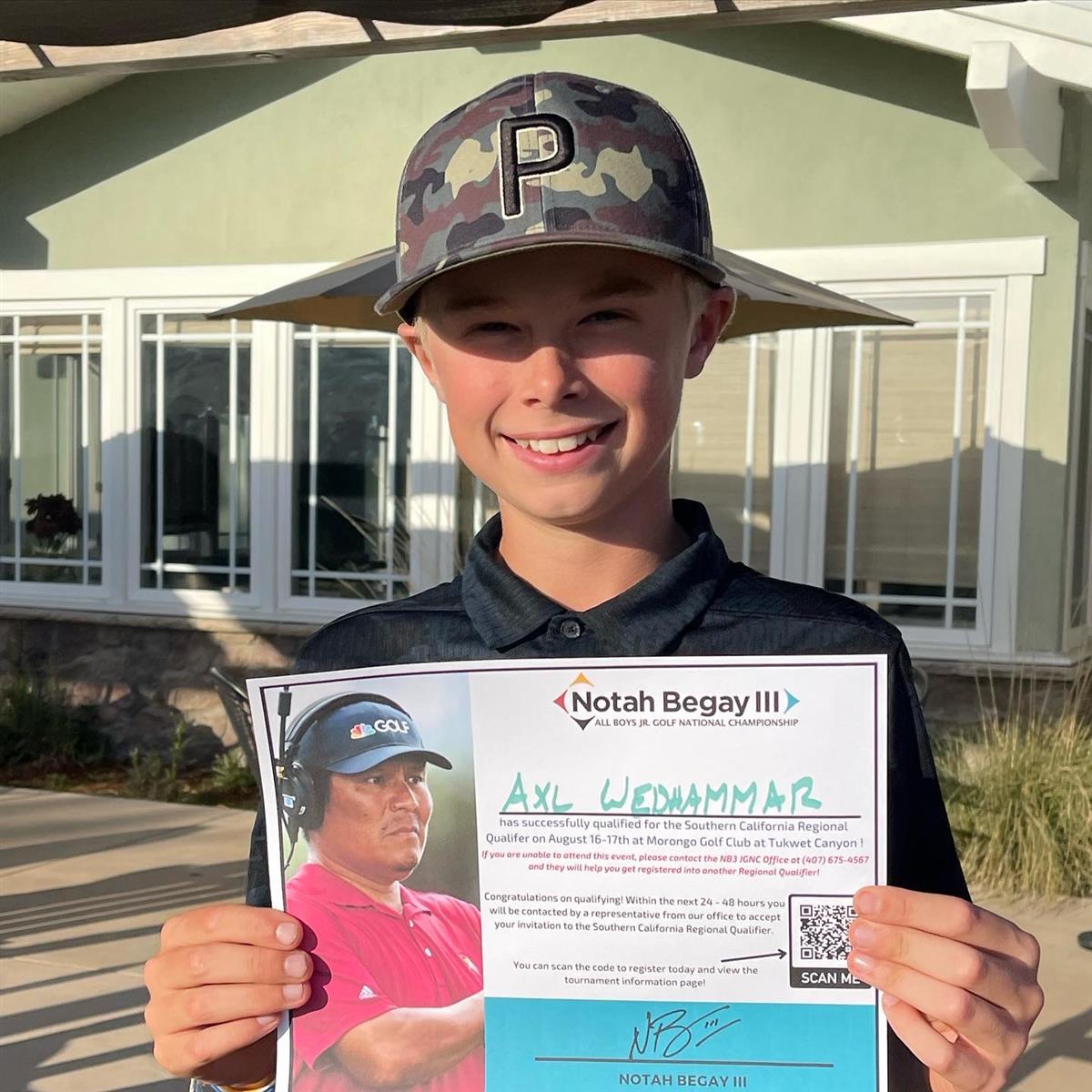 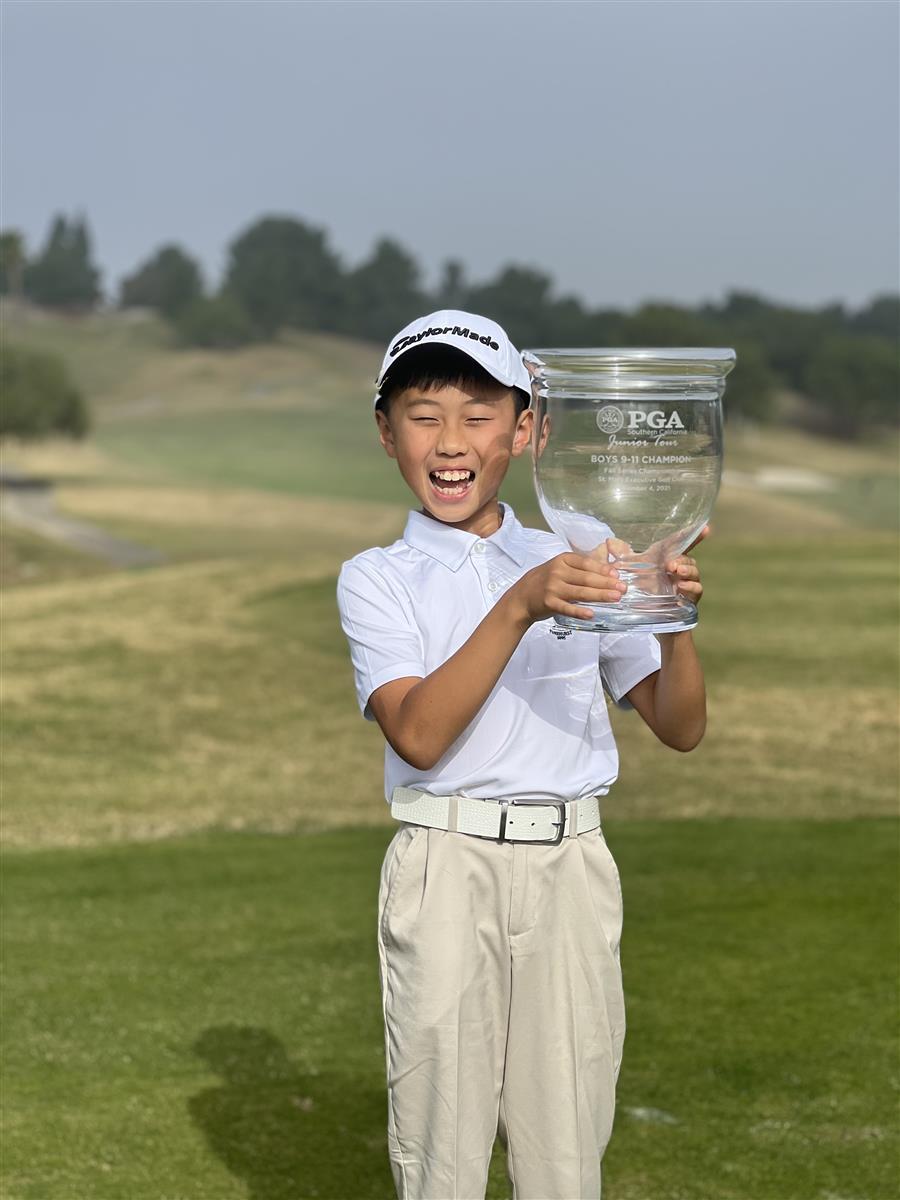 AJGA-Boys: Boys 14-18 combined Division: Champion - 2 Performance Stars, Top 5 - 1 Performance Star
JGS: 36 holes with 5 or more golfers per division
GJGR: Only divisions with a minimum of five players completing at least 18 holes from the same tees can be ranked.
Number of Qualifying Spots Available

Players will be competing for the Qualifying Spots into the Notah Begay III Boys Jr Golf National Championship!

If you have a question regarding what age division you should be competing in, please email info@jgnc.org. When you register, our system will automatically put you in the correct age division based on the cutoff date of May 1st, 2022.

If a player turns 19 before the 2022 National Championship OR is attending college, they will NOT be allowed to compete.

If you are looking to play a practice round at the Morongo at Tukwet Canyon Course, you may reserve one by booking online or through calling into the proshop. Players can begin to book practice rounds two weeks in advance. Be sure to mention you are with the Notah Begay Junior Series.

Players will pay a $35 walking fee and $55 to ride (must have driver's license to ride). Range balls are not included.

Morongo Casino Resort & Spa has been announced as the host hotel for the Southern California Regional #2. To reserve a room, please call 888-667-6646 between the hours of 7am and 11pm. When you reserve the room (call-in only), please reference the code:  “0815GLF”  or to mention “Notah Begay Jr. Golf”.

The discounted rate of $105 / night will expire on August 8th , please be sure to reserve your room before then. Rates are not inclusive of $25 resort fee or tax.

All guests under the age of 18 years old must be accompanied by an adult in the hotel at all times.

All NB3 tournaments will be utilizing a mobile scoring app called "ShotStat Live" that all players need to download and activate on their mobile device before the tournament begins. For parents/spectators, you may view live, hole-by-hole scoring on the NB3 website on the tournament leaderboard.

For more info on the app, including screenshots, AND directions on how to use the app  CLICK HERE. If, after downloading the app, you are having trouble activating it, a NB3 staffer at registration can assist you.

If you have already downloaded the app for a previous event, please open the app, click on "Account" in the bottom right, and click "Clear App Data" to refresh the app. If you are planning to use the app for Live Scoring, please ensure your cell phone is fully charged prior to the start of your round to eliminate any scoring difficulties.

We appreciate everyone’s full cooperation with the above information and if you have any questions please find our staff in the morning and we can assist you.

Time Par is 4 hours and 35 minutes. Please keep pace with the group in front of you and play ready golf. Players have 40 seconds to play their shot. Only individual players may be held accountable for their pace of play (no group penalties).

-Out of position: When a group falls more than 15 minutes behind the group in front of them. Flagstick to Flagstick time

The Notah Begay III Junior Golf National Championship (JGNC) prides itself in the quality of players, host facilities and community involvement of each of its events. In order to continue making our events enjoyable for everyone, the JGNC will not tolerate any behavior that is unbecoming of a junior golfer. Players in violation of the code of conduct with the JGNC may lose playing privileges as well as being liable to penalty strokes or disqualification.

All JGNC participants are reminded to respect the host facility and their staff/golf course. Players are expected to repair ball marks on the greens and divots where needed. Players are also expected to rake all bunkers and care for the course throughout their tournament experience.

Violations of the Code of Conduct include:

The current Rules of the United States Golf Association and the R&A govern all play in NB3 JGNC events.

RULE 20.1 c(3):
The NB3 JGNC strongly urges its players to play 2 balls if they are not sure how to proceed with a ruling as a rules official is not always present. In addition to playing 2 balls, players are also asked to play a provisional ball when he or she thinks it could be lost (this is even more important now that the search time has been shortened to 3 minutes).

MEASURING DEVICES:
Measuring Devices will be permitted in all NB3 JGNC events however, they cannot measure anything other than true yardage (ie, slope or wind).
• When the local rule is in effect, a distance-measuring application may be used, provided the specific application is restricted to “distance only” and the device does not have any other “non-conforming” features. This is the case even if these other features are not being used.

ELECTRONIC COMMUNICATION DEVICES: Multi-functional devices such as mobile phones, PDAs, etc (i.e., devices that are primarily communication devices, but which may have other potential uses) may be used as follows:

PACE OF PLAY:
Time Par is 4 hours and 35 minutes. Please keep pace with the group in front of you and play ready golf. Players have 40 seconds to play their shot. Only individual players may be held accountable for their pace of play (no group penalties).

OUT OF BOUNDS:
Out of bounds is defined by white stakes at ground level, white dots, freshly painted white lines, perimeter fences, inside edge of paved public roads or any combination thereof. A ball coming to rest on or beyond any paved public is out of bounds, even if it comes to rest on another part of the course that is in bounds for other holes.


GROUND UNDER REPAIR:
Defined by white lines. Other areas of ground under repair, even when not marked, include:
• French drains (trenches filled with stones or the like).
• Large or hard ant hills on the course.
• Edging grooves around putting greens.

SEAMS OF CUT TURF (Newly Sodded Areas):
If a player’s ball lies in or touches a seam of cut turf or a seam interferes with the player’s area of intended swing:
• Ball in General Area: The player may drop a ball under Rule 16.1b.
• Ball on Putting Green: The player may place a ball under Rule 16.1d Interference does not exist if the seam only interferes with the player’s stance.

OBSTRUCTIONS AND INTEGRAL OBJECTS:
• When located within the penalty area; liners in bunkers and artificial walls and pilings are integral objects unless otherwise provided for in Notice to Players.
• White lined areas tying into obstructions are part of the obstruction.
• When closely attached to trees; wrappings, electrical wire, and cables are integral objects.

PRACTICE:
Players are no longer allowed to practice putt between holes, even if they aren’t holding up play. Players will receive one warning before potential penalties and disqualification.

Purpose of caddies: Caddies may carry a player’s clubs, give advice, and other help during the round but there are limits to what the Caddie is allowed to do. The player is responsible for the Caddie’s actions during the round and the player may incur a penalty if he/she breaches the Rules.

Caddies ARE NOT ALLOWED TO:

Players will not be able to ride in the motorized cart at any point during the round. Caddies may use the motorized cart to transport themselves and the player’s equipment only. If the player is in breach of this rule they will be subject to a 2 stroke penalty for unauthorized transportation.

This policy is in effect as of January 1, 2022. The JGNC has the authority to eliminate or modify this policy at any time.

Breach of Policies and/or rules by Caddies:

2nd Offense= Caddie will be removed from the golf course

With the exception of caddies, all spectators need to stay out of the fairways and off of greens and tees during play. It is ok to gather near tee and greens to watch, but we ask that they stay on the cart paths or rough while walking the course.

Spectators may not interact with participants at any time on the golf course, except in the case of an emergency. Any conversation between a spectator and participant will be subject to penalty under Rule 10.2 (Advice).

Spectators are not allowed to give a player a ride under any circumstances during the player’s round. This includes driving players back for lost balls or from green to tee. The JGNC staff will select shuttle holes prior to the start of the tournament. The only time a spectator can shuttle is at an authorized shuttle hole. Any time a player takes a ride from a spectator that is unauthorized, he/she will incur a 2 stroke penalty. In the event of a course evacuation for inclement weather, spectators can shuttle players to safety.

Spectators will be subject to removal from the golf course for the following breaches of etiquette: